Women in Mosul: The time of the small hole
Salih Elias
Translated by Dr. Pshtiwan Faraj

Laila (my mother) lived in her family who came to Mosul from a village in Sinjar. She lived in Ka’a al-Balash (free land) , a neighborhood in which the families lived on public land in al-Zangali district, west of Mosul.

In this neighborhood – in the beginning of the 1970s – a process of transitional period emerged for rural and “social and intellectual” immigrants. They were still unable to assimilate to the new environment they were moved to. In such community men are predominant and they impose their own ideas for example forcing women to wear Hijab (veiled dress) even on young females and women. My community is diverse and yet tribal, unlike a village community that often consists of one clan, and relatives are clustered and live close to each other in the apartment near to each other.

Many men quickly engaged and assimilated in city society, divulging in new hairstyles and wearing Charles model trousers, with night club and bar dress were then become fashionable throughout Mosul.

Through a small hole in the small door of the little house consisting of two small rooms, and the path full with the plates of ghee and empty cooking oil, Laila gazes at the world outside, whenever you heard a brawl in the street and often songs and that indicate the presence of a wedding procession, Laila rushed to watch what is happening behind the opening of the door shutter. She watched how they dress, dance and celebrate outside. However, her brother, who is two years younger than her, is keen to close the door and not allow her to see what is outside. She then tries to see the external world through a small hole in the door but her brother stands deliberately in front of her to prevent her from seeing anything.

Another hole was closed in to her when she was watching one of the Egyptian Television series at the time of the evening.

They used to sleep on the roof of their house due to the lack of air conditioners at the time. Their neighbors had a small television that they carry each night to the roof to watch it. She always wanted to watch the television of their neighbors but she was prevented from this with a kalla ( a curtain) and or a piece of cloth used to block the vision and provide some sort of privacy to each family members while sleeping. Because some of the neighborhood roofs overlooked others her father and or brother prevented her from watching television.

Laila is not only one who lived under constant watchful eye of her father, brothers, and uncles, but the very large percentage of her peers and women in her age living in the city of Mosul were always guarded by their male members of their families. This is despite the great progress observed in the three urban cities of Iraq (Baghdad, Mosul and Basra).
In the past 5 decades, there are still those who try in vain to close the holes and close the windows that provide some sort of freedom to women and girls. The irony is that the hole that provides a window for girls to the world has become very versatile and wide. There are television, mobile and the Internet, including websites, Facebook, Twitter, Entagram, Snap chat as well. If we assume the worst case scenario, for example, fathers and siblings still prevent their daughters from going to school and college.

The worst period in the life of women from Mosul was between 2003 and 2017. In these 13 years, they were forced to be veiled and were severely restricted by the control of terrorist groups and under the influence of the religious and tribal tide.

During the control of ISIS terrorist thugs on the city, June 2014 – July 2017, Mosul turned into Kandahar. Women were not allowed to get out of their homes without wearing full Niqab. It was compulsory that a women’s body must be covered from the top of her head to the toe of her feet. The city has many times witnessed horrible crimes such as the stoning to death against women. Women were kidnapped, murdered and were sold as slaves, spoils of war and as camels, for example in the case of Yazidi women captured by ISIS. These barbaric deeds were catalyst and culmination of man’s inhumanity against women and violations of human and women’s rights. These horrible crimes are committed against women not to mention the suffering of displacement and denial of the most basic rights of women.

After the Iraqi forces regained control of Mosul, women and girls appeared to participate in activities and initiatives especially in the early days of liberation. It seems to me that a great number of girls who due to displacement lived in the Kurdistan Region of Iraq and or other Iraqi provinces and those who were displaced to Turkey and later returned to Mosul after the liberation have become bolder and much more confident to address responsibilities and initiatives and challenge and break the constraints of society. Most importantly they want to be free themselves from restricting norms and traditions and religion. Some of the girls who lived in Mosul under the ISIS Caliphate were present and some of them have important projects alongside young people.

There are still those who want to close the very large niche that are now available just a few days ago. These people raised a storm of objections to a girls’ marathon that an organization wanted to organize. A large number of religious and young people went to attack the marathon. Those people who advocates are young people from the media and others who describe themselves as civilian activists.

In an interview with me a young man told me that “I am a civil activist, but I oppose the organization of a marathon like this for girls in Mosul, because it is defective and contrary to the customs and traditions of our society,”. The reason for saying so and or the motive is not as religious as it is psychological. He is allowing himself to sit, talk to and mingle with other girls, but he cannot accept this behavior for his own sister, what kind of hypocrisy in this.

Those who try to close the windows with their own hands are like those trying to block the view of the sun with sieve. Let women practice their own lives and cultivate confidence in them. Let woman go out, let them shop, let them drive a car, let them go to school and university, and let women play sports and live their life and reach their potential. We cannot cripple and disable half members of society, if we do so, our city will be lame, blind and swollen. 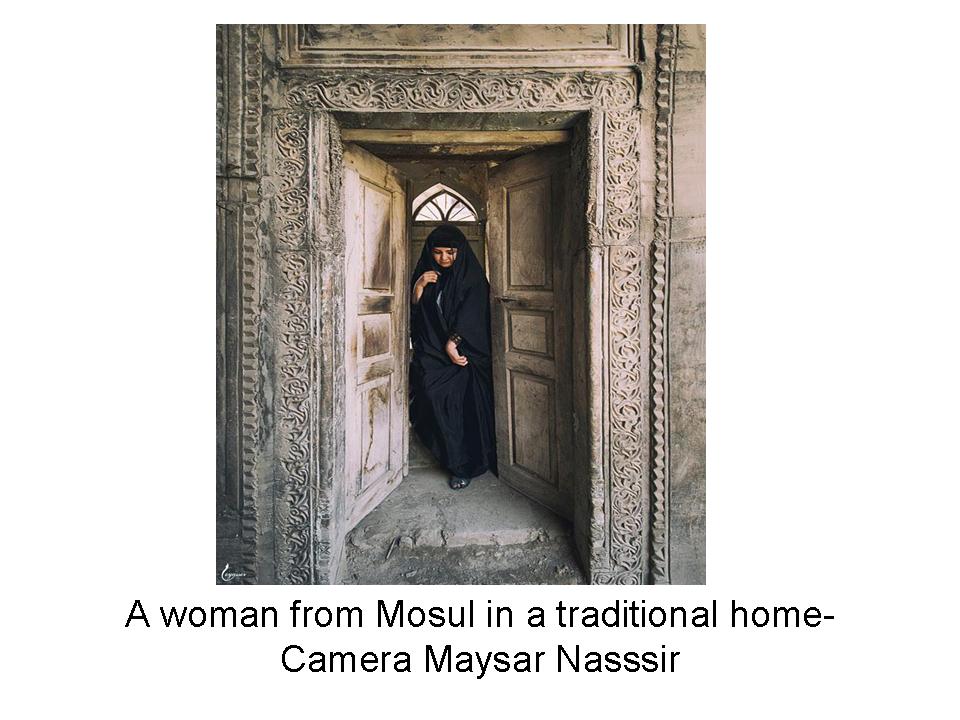 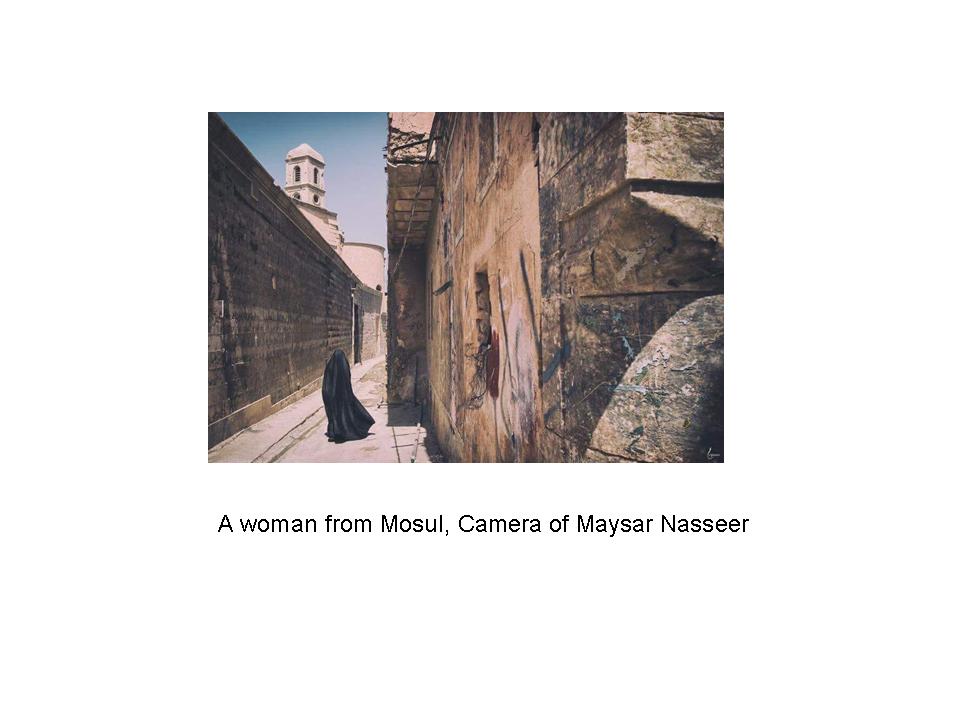 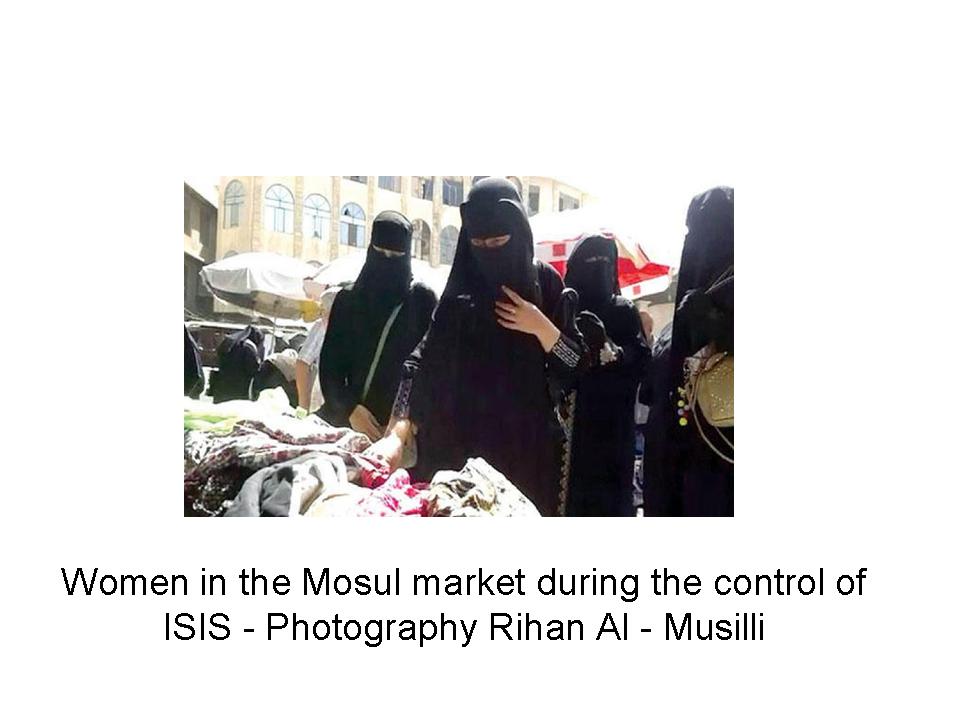