Let the question be clear. Why do some people feel that the awarding of Nobel Prize for Nadia Morad is a denunciation of Mosul?

In the high noises crated by the revelers and the observers, such a question is lost, yes, there are skeptics who expressed their views in various ways, but they agree in the end on the need to acquit Mosul of the charge, the charge of all the crimes committed by the so-called Islamic State. Mosul is innocent of all the crimes of murder and kidnapping, rape and theft and Isis’s jihadists fighting infidels, apostates, captives and spoils.

Before saying anything we must ask, Is Mosul really innocent?

Any attempt to answer this question is like flying amid a stormy atmosphere. Or it is like when a lot of air bump that passengers make in the plane when they are emptying the mouths of fear.

The answer is : Yes and no.

The fall of Mosul had a domino effect. When the city fell in June 2014, with it dozens of cities and towns fell as well. These blessings come before and after this fall.

There is no need to review the dramatic transformation of the political, security, social and economic aspects after 2003. It is enough to characterize the rejection of all the “American occupation”. The entire political process undermined the position of the former Baathist Party and the vast majority of former Iraqi army officers (50,000 from Mosul alone) ) And the security apparatus dissolved. Those who came out of this exception engaged in political work or belonged to the National Guard (the nucleus of the new Iraqi army) or the police and other organs and security forces, the military system of Iraq fell apart with the process of debathification. 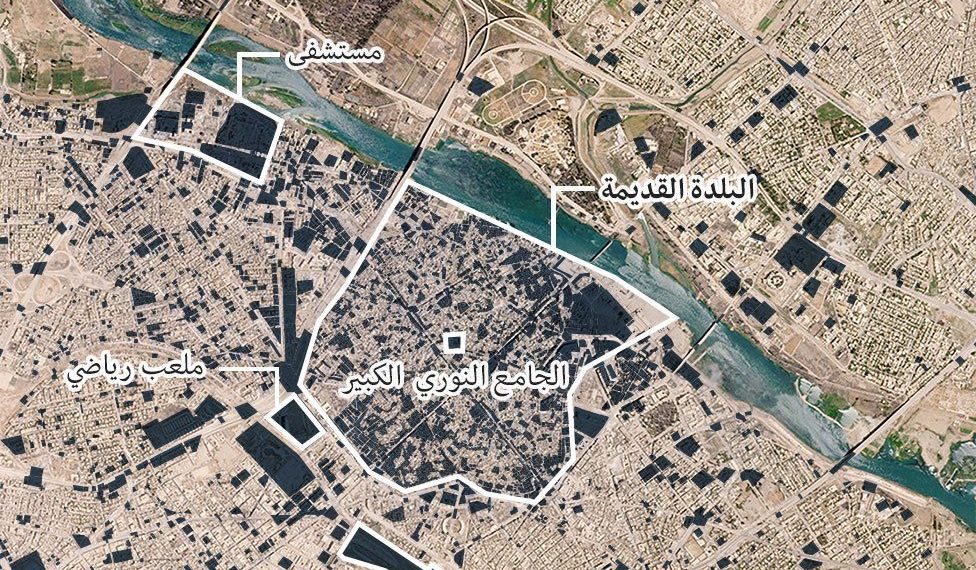 The blame lies not only on Mosul, but the reprisal policies of the new political class that seized power in the “new Iraq”, especially the dissolution of the army, the security services and the implementation of a policy that uprooted everything. Many innocent people were arrested and many criminals were at large. This had a repercussion on the country level. It is possible to claim that Mosul has been affected by this attitude but this does not, in my opinion, excuse the city of Mosul of responsibility. The emotion has taken hold of us, that those who supported the occupation are liable for the killing of the innocent people and the spiral of bloodshed went amok in the country.

The destabilizing political situation and the security vacuum and the social mood have provided a suitable environment for the growth and spread of terrorism and extremism. Terrorist groups have become a non state actor after the withdrawal of US forces in 2011. Since then, the Islamic State (Da’ash) spoke and sent its message to everyone. After their controlling of the city of Mosul and its surrounding, ISIS targeted other religious components including (Christians, Yezidis and Shiites). However, this does not mean that the Sunni people become survivors, the scourge was against multiple people. ISIS scourge beheaded all people both inside and outside with many military operations.

So that we do not move further from the case of Nadia Murad, I try to put myself in her position. A girl was kidnapped by a “Sunni Muslim” fighter and then was raped in one of Mosul’s homes. Nadia Morad, the survivor, later discovered that her father and several members of her family had been kidnapped and also killed by the terrorist organization. ISIS terrorist was mostly Sunni Arabs, but its elements also included Arab and Turkmen tribes who were living near Sinjar.

Then how can you convince someone of the innocence of this city? Mosul cannot be proved to be innocent unless the city proves to Nadia Morad and to all the other survivers, abductees, the Christians and the Shiites who have lost their property, that the city is now able to absorb and accept and tolerate the differences. This cannot happen just by shiny words and slogans. I think we have a long path to trod to restore confidence again.

Mosul is now licking its wounds and will not stand on its feet again until a few long years. And until then we must abandon the idea of conspiracy theory. That the awarding of Nobel Peace Prize to Nadia Murad is neither to denunciate the city of Mosul nor to denunciate Islam. Just after Nadia Morad was awarded the Prize a man come forward in the social media and claimed to be the one who saved her. Many people were asking that he should also be awarded the same peace prize as he deserves it. However, rumors said that the man who claimed to have rescued Morad was himself an ISIS. Then those who critiqued Nadia suddenly fell silent. The truth is always a first victim during times of war and mess like this.

The vast majority of those people who were kidnapped were freed with money, that is, buying them back with wades of money. This file may open up in the future soon.

However, there is no doubt in the courage, perseverance and humanity of a survivor like Nadia Morad. She was successful in raising and delivering the cry and voices of thousands of people who were taken as sex slaves and abductees. We need to take the fight against extremism in Mosul courageously so that we can win peace, not prizes.