The first strikes of Adnan Harbo’s hammer began on a margarine colored stone in 2012, announcing the beginning of a work of art that raised questions throughout the period of his sculpture, to create from that stone a deaf obstacle about the Sumer sport of Sumerians.

“The work was in the Faculty of Physical Education at the University of Mosul and this obelisk dates back to the age of the dawn of dynasties (2600 BC), where it includes eight scenes and four faces with 90 cm height and a size of 30 * 40,” Adnan Harbo told the Mosul Media Platform – MMP.

Marble White prismatic shape on each side of the four aspects of Mhhadan Photos sculpture prominent one of them over the other. The obelisk in eight scenes of the highlights of the wrestling scene for Nsalyn and watching wrestling two people, however, each stick is accompanied by music and dance exercises carried out by the wrestlers. A height of 90 cm and width 37 cm and a thickness of 32 cm from the style of carving turns out that her time back to the era of dynasties around 2600 BC. Scene staple in the obelisk special wrestling scenes and chapters are connected or integrated works of religious celebration or a time. All researchers see it as an obelisk It’s not an obelisk wrestling support him and we saw several clues but are registered sculpture incident. 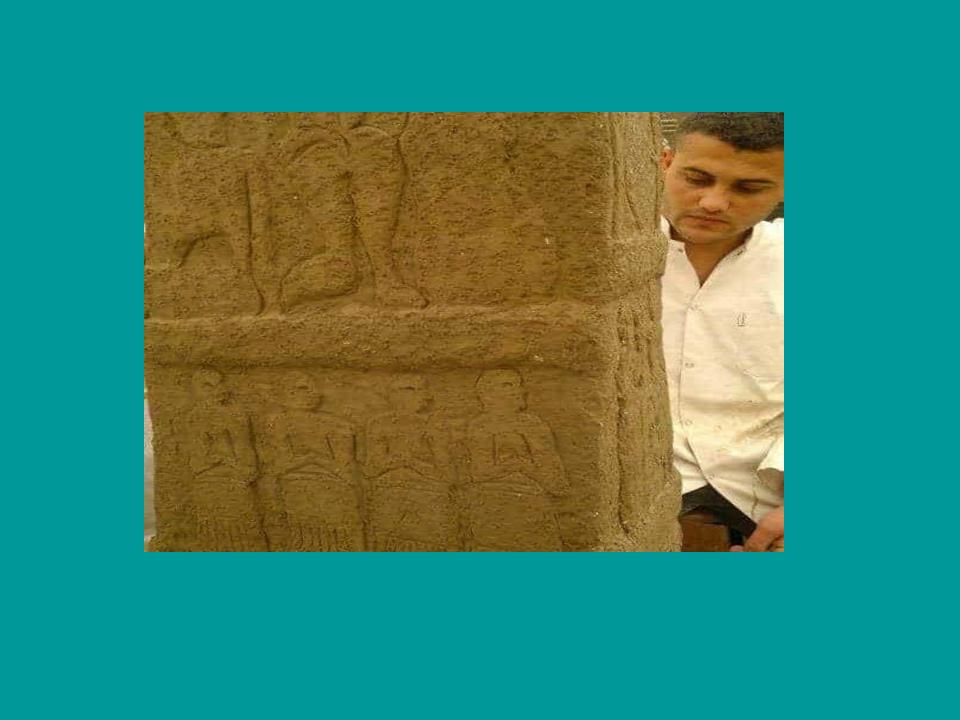 “The work was presented at the International Conference of Young Researchers at the University of Mosul in May 2012, in the presence of representatives of UNESCO and the representatives of countries of Egypt, Jordan, Algeria, Tunisia, Libya, Morocco, Palestine, Bosnia, Romania, Britain, and Iran.” Harbo said.

Adnan Harbo arrived in Germany after a long journey of displacement and emigration, accompanied by his talent to the Diaspora, Adnan is continuing his sculpture and his participation in German exhibitions.

The Badra obelisk has disappeared in Mosul after the entry of the terrorist organization of ISIS “Daesh”. This is resembling the case of many of the statues that ISIS considered as profane” idols” for worshiping without God.

The facts documented by the obelisk show a shepherd priest of the decrees of descending bless one of the players, who will play with the spray of holy water sprayed on it by the branch of a tree, and it also documents the music of the opening of the game. The second face represents the campaign of vows from the servants of the temple. It shows the servants of the temple while offering gifts and sacrifices for the gods, it also depicts the governors of the game and each of them carries the scepter, which is presented to the winner of the championship who will perform a special dance in the event in front of the elite.

Harbo is suffering from the reality of the city of Mosul and its statues, which was destroyed and removed by ISIS. For example the statue of the poet Abi Tamam, the statue of Princess Nineveh and the statue of Suwas and others, thus ISIS was altering the city’s cultural and historical face.

The sculptor on its fourth side documented four uniformed people, the elders of the game who represent the founders of the game and any form of the referee’s decisions, while the top-level composition documents the awards of the winning player.

The obelisk was left in the Faculty of Physical Education after the ISIS invasion of Mosul and then disappeared afterwards. Harbo is still hoping to find the statue, maybe it is now in the hands of one of the professor or student who may have kept it far from sight if ISIS in a remote place, that’s if the item is being saved from the looting of ISIS.