More than 150 young women participated in the Nineveh Marathon for Girls which was held today by the “Nineveh Girl Community” in solidarity with the victims of Mosul, which occurred nearly three weeks ago, including the competition of professionals of different nationalities. 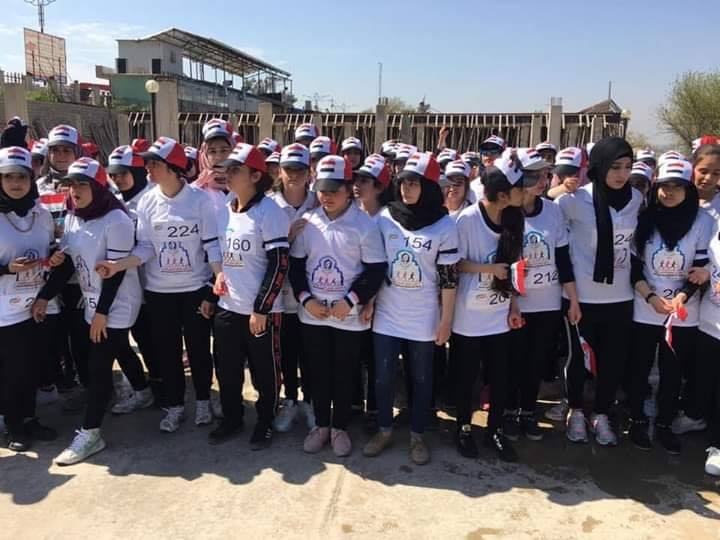 The girls appeared less reluctant to publish their images on social networking sites than the previous marathon which was held in the same city more than a year ago. With girls putting some marks on their faces, such as a smile mark to conceal their identity. Local media did not follow the event with the same attention followed by the official Iraqi channel and the Mosuliya channel. Many journalists did not care about the media coverage of the event as if it does not relate to their city.

The images published after the end of the marathon today reveal the enthusiasm of the girls participating in it and the great attention that was paid to the effectiveness by the official bodies, especially the participation of the Command of Nineveh operations, which was attended by its leader Nejmeddin Jabouri himself. 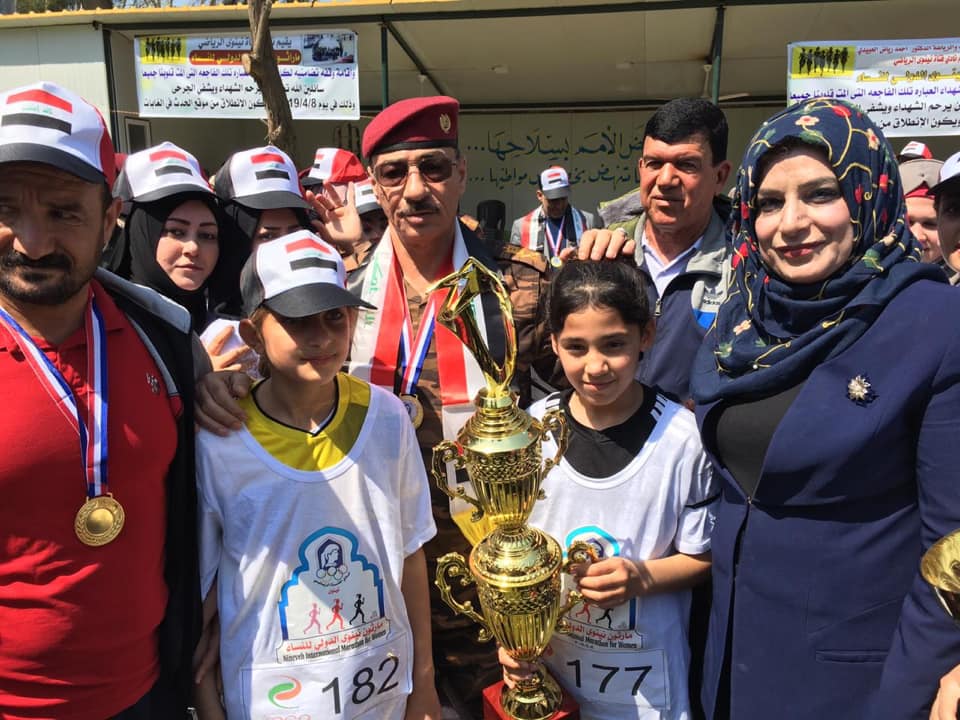 The marathon, which ended at the Scout Camp in the forests, involved girls from Mosul University, Nineveh, and a group of girls from other provinces in Iraq.

The Women’s Marathon is the second of its kind in Mosul, the first of which was held in March 2018. At that time, it was organized by a group of organizations active in the city and abroad, in which 300 girls participated. 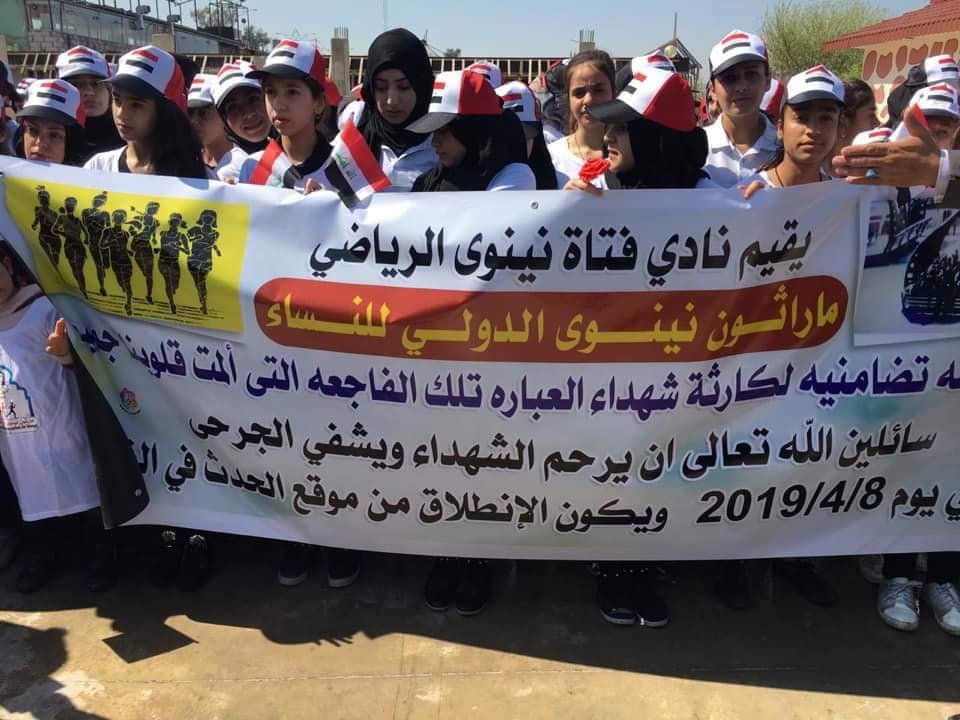 A public athletic marathon was held before that in 2017 and men also participated in it.

It was one of the most important event witnessed by Mosul after liberation of the city from the grip of ISIS organization. This marathon was attended by a wide participation not only from the people of the city, but to Arab competitors who came to support the city and contribute to the restoration of normalcy of life to the city.

The marathon, which took off from the scene of the ferry were many people drowned after burning of candles, ended with a commemoration of the lives lost and of the victims concluding with the victory of three girls in the first three positions. The Ninevah Operations Commander distributed the marathon awards before the conclusion of the event. 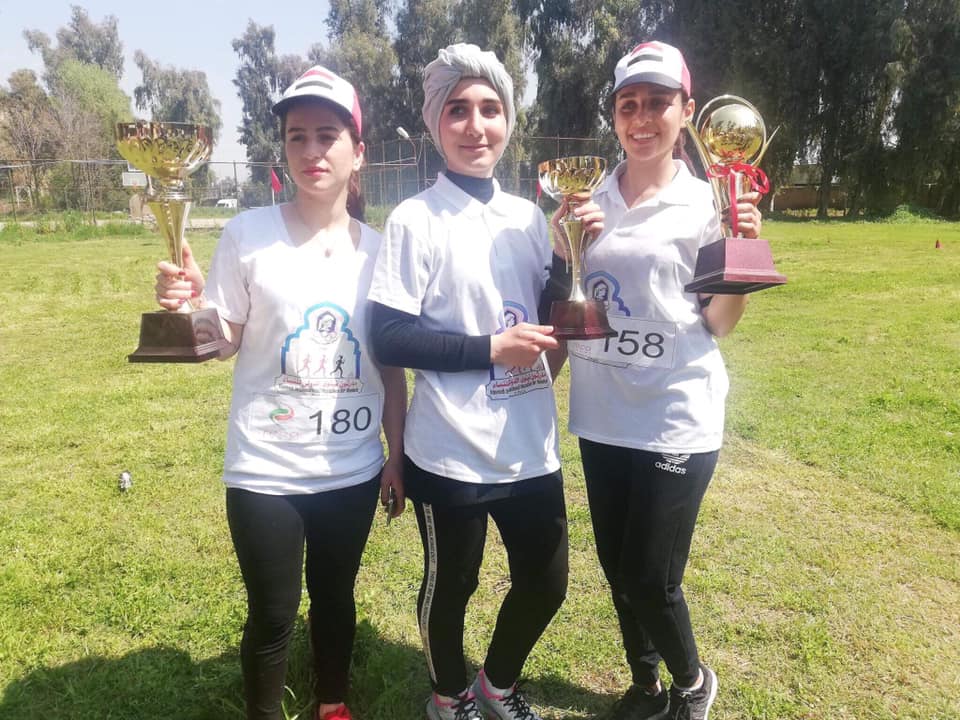