The scenes of destruction  continue to distort the general appearance of the cities of Anbar province and frustrate the hopes of return for a large number of families, which is looking for serious measures that contribute to their return to their homes affected by the military and terrorist operations. In September, the cities of Anbar province will enter its third year of liberation, and the majority of its inhabitants are still waiting for the compensation they heard about it and saw its signs and benefits in the hands of officials and influential people.
According to official statistics and media reports, the percentage of damage suffered by the cities of Anbar province reached 85%. The local government estimated, according to the initial statements, that the damages amount to 40 billion dollars, and that the number of housing units affected up are 250 thousand, The largest proportion of which was distributed between the city of Ramadi, the center of Anbar province, and the cities of Fallujah, Rutba and Hit. 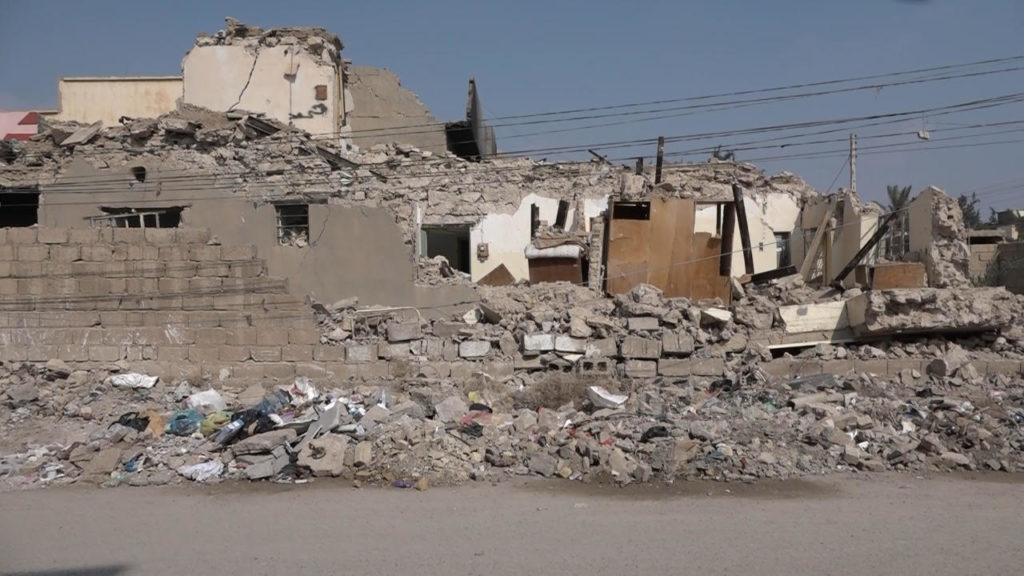 The law is unfair and mechanism are complex

The Compensation for Victims of War, Military Mistakes and Terrorist Acts No. 57 of 2015 provides that half of the estimated value of compensation is granted to those affected, which has caused many people to refrain from doing business because the amounts they receive will not help them rebuild their homes that have been completely destroyed . Citizens describe the law unfairly, but they are struggling to get these allocations within the mechanism described as complex, as a result of its association with multiple committees between Anbar province and the capital Baghdad, allowing the presence of brokers contribute to the promotion of such transactions for material amounts, up to the amount equal to the amount allocated.

Majid Ali, a local resident in Falluja, managed to complete his work after he managed to make a deal with one of the powerful implementers. Ali stressed that no transaction can proceed in a fundamental manner unless there are two kinds of support for it. Either it has a partisan mediation or an implementing person, or you pay amounts up to five million Iraqi dinars, then your transaction will be within a secure itinerary. You get only 20% of the amount allocated to you.

Through the pages of social networking sites allocated by the compensation committees to publish the news of requests for compensation for the property of citizens, Abdul Rahman Allawi regularly and daily follow the publications of these committees two years ago to hint at his name. Allawi said, “I am sure that I am chasing behind a mirage and I do not want it to be useful, but I want and insist to get my rights fairly and transparently, in the hope that the mechanism of action in these committees will change to serve the real victims. The complex mechanism that caused the resurgence of corruption and the loss of rights has led many families to dispense with these amounts, because they can not rebuild property damage because they are unreasonable, and there is no serious mechanism to deal with this file, . “The majority of transactions approved by the compensation committees in Anbar province and issued with the seals of the presidency of the Anbar Federal Court of Appeal, will go to Baghdad without return only those who have influence and partisan power, so the distance is limited and I do not want to engage in a compromise on my rights.

The audit process is not easy

According to Engineer Ahmad Hadi, director of Falluja Compensation Office “The damages committees that have been exposed to the property of the citizens in Anbar province are large and many, so the compensation committees confirm that the process of checking and following up the requests for compensation provided by the residents is not easy. All applications must be subject to legal procedures, site detection and sorting and evaluation of damage types by selected specialists from various government institutions. The committees operating in Anbar province received about 50,000 transactions within two years and sent them to the compensation committee of the affected people in the Council of Ministers”.

Hadi stressed that “the reasons for delaying the payment of citizens’ benefits from compensation, is due to the Central Compensation Commission under the management of one judge, which hinders the completion of this huge amount of transactions in a short time” “More than 25 percent of citizens eligible for compensation did not follow up their transactions because of the desperation experienced by the people of the province, which reflected negatively on the urban appearance of the city and the state of stability we seek”.

Ibrahim al-Awsaj, a resident of Ramadi, believes that the delay in payment of compensation is a major reason for the lack of return of many people of the province, because of the demolition of their role and inability to rebuild. Al-Awsaj pointed to the necessity of the intervention of the central government in increasing the number of committees to ensure the completion of all transactions as quickly as possible, and to give citizens their dues from the amounts of compensation.