Saadah palace in Hit is the subject of poetic fantasy and academic debate. But it has also been ignored and locals want to see it better maintained.

On the banks of the river Euphrates, near the central Iraqi city of Hit, stand the ruins of a palace that has become a romantic symbol for locals.

In Iraq, often called “the cradle of civilization”, almost every stone has a story. And this palace, located in Al Ataat, about 12 kilometres north of the city, was apparently built to honour a local woman, who gave up her marriage out of her love for her city.

The story goes that, during the Abbasid era, a prince from Basra was travelling through Hit on business when he saw a beautiful woman. He decided to marry her but she would only agree to do so, if he changed the course of a river for her hometown. Despite the momentous nature of the task, the prince managed to do this anyway and the woman, Saadah, agreed to marry him. The couple moved back to Basra. However just two months later, the girl returned to her city. Her father was so overjoyed that he built her this palace as a reward. 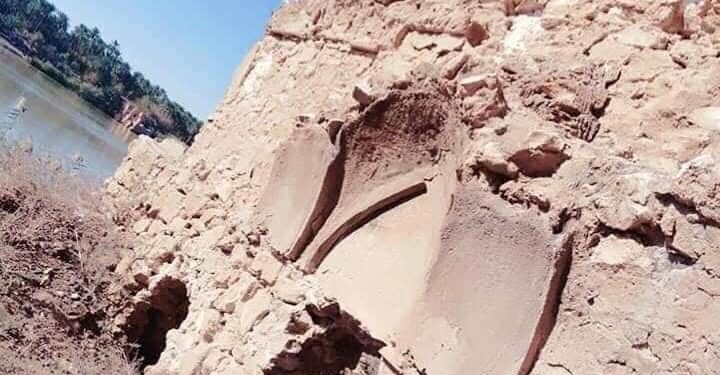 Today Saadah palace should be one of the city’s most important archaeological sites. It has three floors and is beautifully decorated. Locals say that the palace was actually inhabited until around 1965. But then it flooded and has since fallen into disrepair.

“In most cities in the world, historical heritage like this would be preserved not neglected,” says Jamal al-Hiti, a member of the local heritage society in the city. Al-Hiti and others are now demanding that local authorities do more to preserve Saadah Palace.

Azar Abdullah, a researcher at the university of Anbar, believes that over time, the palace’s association with the love story has diminished and that is also why the site has been so neglected. There is also academic debate about whether the story is even true in the first place, he adds.

“This palace is an architectural masterpiece,” adds Haji Hamdi al-Hiti, one of Hit’s oldest residents. “It also proves that Hit was an important trading waypoint and confirms that the city is one of the oldest in the world.”

Despite the scepticism of some scholars, the building remains, stubbornly continuing to represent itself as a romantic icon and an inspiration for local poets and lovers.