Osama Karim fears that the Mandaic language will have completely disappeared from Iraq before he can learn it.

There are only around 50 speakers of Mandaic, one of the oldest languages of the Semitic region, still living in Iraq. The numbers have decreased steadily since the 1990s, when there were an estimated 500 speakers.

There are around 15,000 Sabaeans living in Iraq. Around 50 are clerics, who are supposed to be able to speak Mandaic as part of their religious practice.

Several years ago, Osama, 30, learned the letters of the alphabet of his ancestors after doing a short course in Maysan province, during which a cleric taught pupils some rudimentary grammar and lettering.

Karim thinks it should be fairly easy to learn more as the characters are simple and some of the most common Iraqi words are originally Mandaic. But he can’t find anybody to teach him.

The language is an Aramaic language, explains Samer Naeem, the director of the Sabaean community group in Dhi Qar province. These are the languages that came from the Arameans of ancient Syria and their linguistic offspring includes not only Mandaic but also Hebrew.

The Mandaic alphabet contains 22 letters, in the same order as the Aramaic alphabet, and the digraph “adu”. The alphabet is formally closed by repeating the first letter, “a”, so that it has a symbolic count of 24 letters

Naeem says that Sabaeans believe that Mandaic “is the first organized post-Sumerian language. It is thought to be the language of the world of light’s spirits after their deaths,” he explained.

However this highly religious language is no longer widely used, even among members of the sect. These days it is limited to clerics and some linguistic specialists. Community leaders say this is simply because nobody has made much effort to preserve the language. 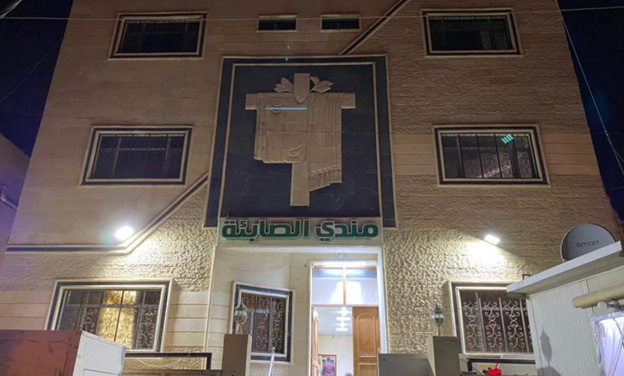 The head of the Sabaean-Mandaean religion in Iraq, Sheikh Sattar Jabbar Helou, says that the language’s use began to decline from the 1960s onwards. “There was a lack of potential teachers and additionally, during that time, pre-2003, the government [headed by Iraqi dictator Saddam Hussein] was not interested in teaching this at schools, even in a limited sense,” Helou said.

In 1989, some of the language’s specialists put together their own Mandaic dictionary in order to teach the group’s members. The effort was self-funded.

By 2001, there were between 450 and 500 students able to speak Mandaic. However after 2003, and the US-led invasion of Iraq that toppled the Hussein regime, opportunities for specialist education like this decreased again, Helou explained.

Around the turn of the century, Helou adds, several Mandaic religious tomes were translated into Arabic. And efforts have been made by religious leaders, who have sent requests to the Iraqi government and other organisations like UNESCO in attempts to get help to somehow preserve the language better. Helou says there have been no suitable responses.

“What we are doing right now is just teaching very basic children’s course,” he lamented.

Unfortunately for the Sabaeans, many linguistics specialists in Iraq already consider Mandaic to be a dead language. This is mainly because it is never used in public.

“Languages die because of the mixing of different populations and changing circumstances,” explains one of those specialists, Sayeed Yassin. For example, when Arabs came to Iraq, their language was considered sacred and they imposed this on others, he said.

Every language exists on different levels, the local linguist explained. “But over the years you may find a language has moved to another stage, until it may die out and make way for another language. You can see this with Latin at the end of the 14th century,” he noted. “The Florentine dialect – Italian – took its place and Latin became a purely sacred language”

UNESCO considers Mandaic an “endangered” language too. And it would be very difficult to bring it properly back to life and common usage, various experts, including Yassin, agree.

One Sabaean cleric in Maysan, Sheikh al-Tirmidha Nizam al-Kredi al-Sabahi, believes that Mandaic will remain as long it is used by clerics in Iraq. He also points out that members of Sabaean communities in Europe are more proactive about teaching it and have even opened schools for this purpose. “In Iraq, that is an almost impossible task,” he complains. “No authorities have allowed us to do this.”

As for hopeful Sabaean student, Osama Karim, who dreams of learning the language of his own ancestors, he plans to try and get local authorities to take more responsibility for the preservation of this ancient language too. 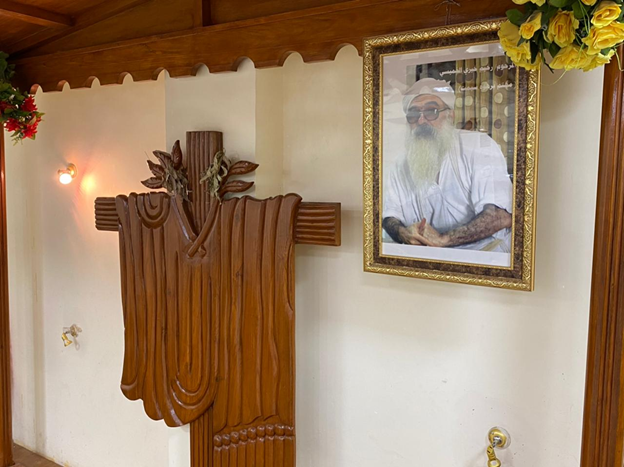