All that is left of the tomb of the faithful people in the city of Al-haqaniyah, one of the cities of Haditha (160 km) Al-Anbar, west of the capital Baghdad, is a destroyed image and a wall and tombs which has lost its identification boards and there are no signs of symbolic significance to indicate that it is a Christian cemetery. The cemetery has become a small hills scattered without corners . 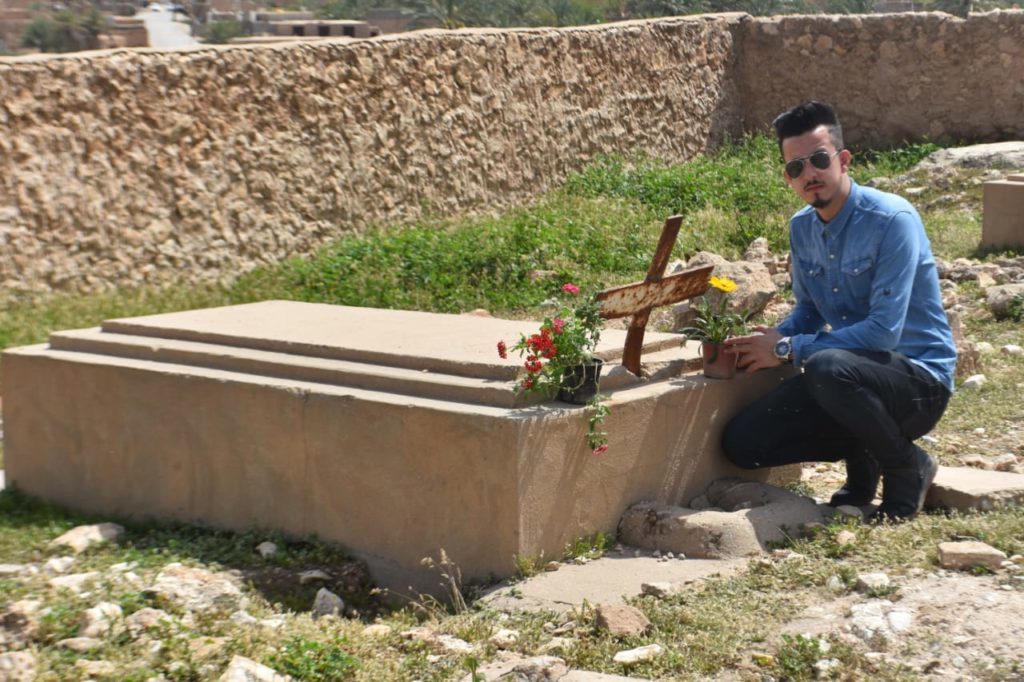 A text message went viral in social networking sites was received by Sheikh Abdullah al-Jukhifi, one of the most prominent modern clerics of a Christian who had left Iraq for decades, demanding the people of Haditha to stand by him to protect the cemetery of the faithful, which includes the remains of his eldest daughter. That message was the first trigger of the campaign.

“The message received was like a slap that awakened me and alerted me to what we missed and forgot about our Christian brethren. The efforts were accelerated and the crowds rallied in a campaign that was very much like a great campaign.” Says Al-Jukhifi.

He also added that “”We started with this organized voluntary campaign to build the wall surrounding the cemetery and work on the construction of graves in their form and their identities known to the sons of the Christian religion. The campaign did not end with the planting of olive trees throughout the cemetery, but it will be a humanitarian and moral duty and our obligation to our Christian brothers to preserve their history and their memories”. 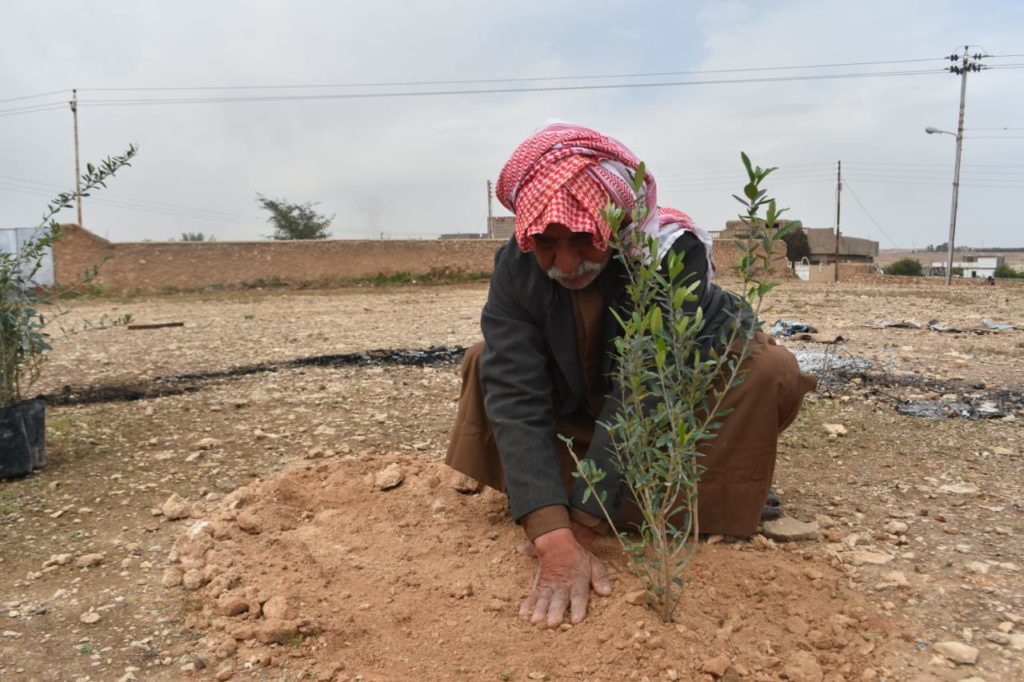 While planting flowers at a tomb, Ali Abdul Rahman says that “I feel joy when I put the cross symbol of religion at the top of each grave, as if I send messages of peace and love to the neighborhoods who left our cities and the dead who were lying in the grave”.

The cemetery, which dates back to the 1960s, was never one of the most famous landmarks. Some people of Haditha were even unaware of its history, but the campaign that was launched gave it an international dimension that was reflected by with positive comments, especially from the people of Christian faith.

Abdullah al-Hadithi, a local resident of Haditha said that “I did not know that the city of Haditha had a graveyard for the Christians if it were not for this campaign. This campaign reflected the amount of loyalty and love among the people of the same country”.

Abdulla also added that “After the campaign, I have received many requests for friendship through social networking sites, as well as letters of thankfulness and gratitude and requests from some activists to conduct field visits to our city and to see the cemetery of the faithful people”. 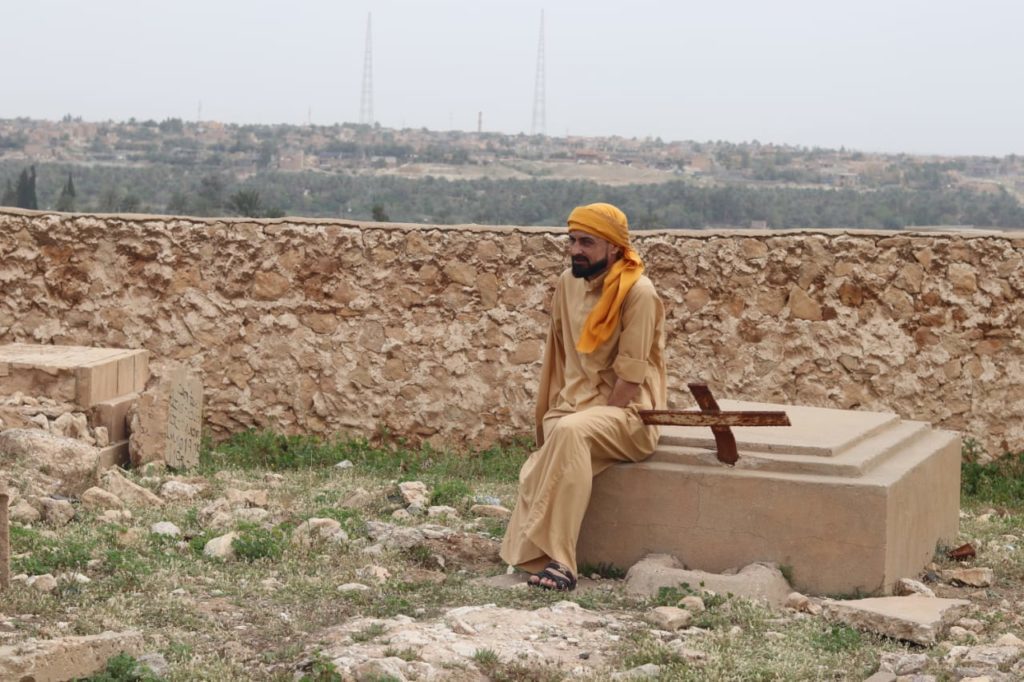 Sheikh Abdullah al-Jukhifi, or as they call him by in the city of Haditha as Abu Tayeb, meaning that he is the father of all fine things. He is able to reply and respond to the reactions and comments of his friends on the social networking pages, especially the Christian religion. He pauses and looks at the message of one of his friend Hormuz, who asked him to take care of the cemetery.

Hormoz wrote a message to his friend Sheikh Abdulla on Facebook and  the message said: “Your photo, Abu al – Tayeb, while sitting sadly on the grave and carrying the cross is one of the finest images of brotherhood between the religions that I have seen throughout my life and this photo deserves to enter history to show to the whole world Do not forget to put a bouquet of roses on the grave of my daughter. God Bless you and may My Lord and the Most Merciful protect you”. Hormuz.