The little girl stoops like an old woman as she searches through piles of garbage in a landfill just south of the city of Nasiriyah.

By Ali Al-Nasiri in Nasiriyah

She says her name is Hanadi and that she is looking for anything that could help her family survive, either to eat or to sell.

Hanadi is just 10 years old and left school recently to join her family working in the garbage dump. She comes here early every day.

“This is my full-time job,” she says. “We work from morning to evening and it is so unfair, in a country that is also so rich.”

Hanadi is not the only child at work here. The landfill, which is about 780,000 square meters, is crowded with families. They run behind each garbage truck that arrives, then wait for it to empty its cargo so they can start sifting through the rubbish and be the first to find anything valuable.

One of the young boys, Mohammed, says he has been working here for years too. “There is always food, even if some of it is rotten,” he explains. “Although sometimes it makes us sick. It could be deadly but we believe that fate saves us.”

Abu Ali is an older man and he works here together with his children.

“We’ve lived on this rubbish for years,” he told Al Menasa. “No one cares about us. But God is generous,” he says, raising his hands to the sky, palms up. 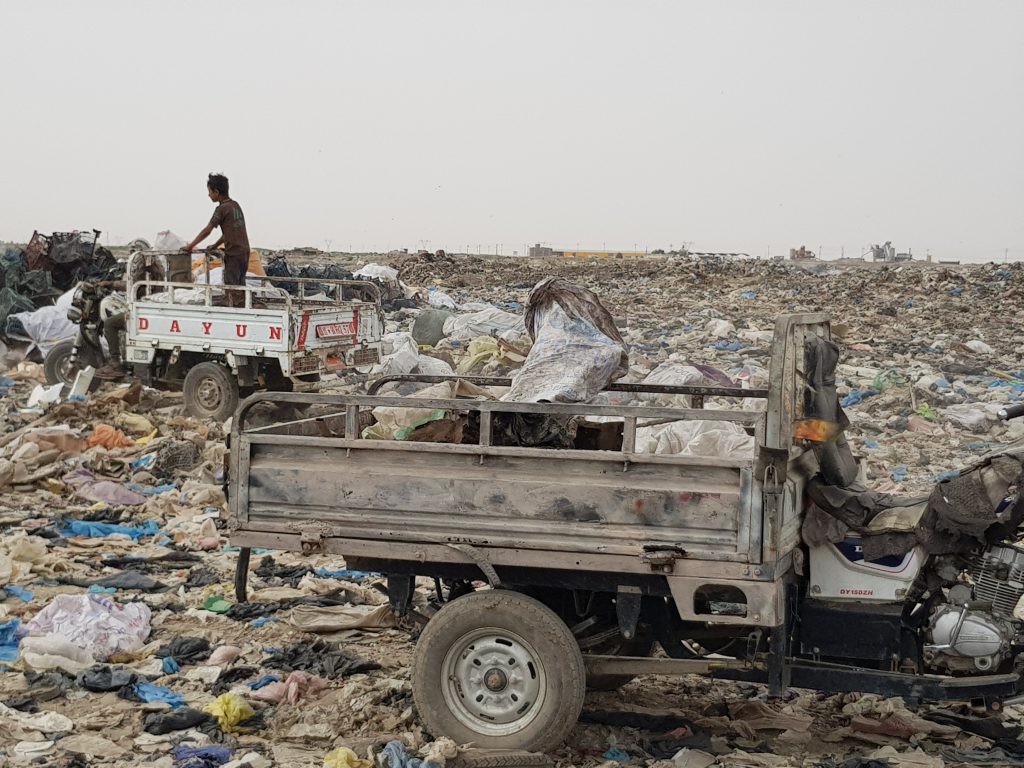 Another worker here, Haji Ali Ayad, tells us about some of the more unusual occurrences. “From time to time, the rubbish pickers will find something valuable that may have been thrown out by mistake. Often the items can be returned,” he exclaims. “The owners can be identified by the rubbish truck that delivered the junk,” Ayad says. The trucks come from certain neighbourhoods, so the lost and found items can be traced back to their streets.

The large landfill is not a healthy environment for either young or old. Often there are fires and poisonous smoke rises as dangerous good burn. Nearby residents have also complained about the landfill’s stench and they have asked the municipal authorities to move the dump site.

The decision was actually made to do this. However, as the director of the local municipality says, this is exceedingly difficult. “The site is so large and it would also require a substantial investment to clean up what’s here and move the rest,” he complained. “Given the current financial crises in Iraq, it is just not possible.”

The garbage pickers themselves don’t hold out much hope that anything in their lives at the dump will change. But they remain determined.

With every garbage truck that arrives, Hanadi greets it solemnly and silently, her hands on her hips, as though facing a new challenge. The look on her face says it all: I will survive.