Most agree Iraqis that 2020 has been a terrible year for the country, up there among the worst. The year began with the violent disruption of anti-government in the south of the country, that saw dozens of young Iraqis killed or injured. At the time the country was being run by a caretaker government after the earlier protests had caused the resignation of the prime minister, Adel Abdul Mahdi.

On January 3, the assassination of Iranian military commander Qassim Soleimani and Iraqi commander, Abu Mahdi al-Mohandes, one of the leading members of Iraq’s Popular Mobilization Units, or PMU, increased tensions between Iran and the US, two of Iraq’s most important international allies. This caused the Iraqi parliament to vote for the withdrawal of US forces from the country, even though MPs from Sunni Muslim and Iraqi Kurdish parties were not present for the decision. The tit-for-tat between the two nations inside Iraq has continued all year, with attacks on US-associated and then Iranian-associated facilities in Iraq.

At the end of February, Iraq began to see its first cases of the novel coronavirus, COVID-19. This was particularly worrying in a country where health infrastructure has deteriorated after years of conflict. One of the first cases – possibly the first – was an Iranian theology student in Najaf. Iran had already recorded a large number of cases and Iraq then closed its borders with its neighbor.

In Iraq more than half a million people have been infected and more than 12,000 deaths have been recorded. One of the saddest stories was about Iraqi football legend, Ahmed Radhi, who died of the disease in one of Baghdad’s run down public hospitals.

The pandemic lockdown also brought further economic problems to Iraq as thousands of Iraqis who make a living with smaller business in the private sector lost their livelihoods. Cases of suicide, divorce and domestic violence increased.

Even during Iraq’s stricter lockdown, military violence did not abate as the extremist group known as the Islamic State continued to attack towns in Salahaddin, Kirkuk, Diyala and Anbar. Iraqi security forces found it hard to keep up.

In April, Iraqis saw one of the most important events of the year when the Iraqi President, Barham Salih, took the side of anti-government protesters and refused to appoint a new prime minister nominated by Shiite Muslim political parties who tend to be closer to Iran. This led to some political uncertainty as the nominee that the Iraqi president – now exceedingly unpopular with the Iran-allied politicians – chose, was unable to form a government. The next nominee was Mustafa al-Kadhimi, a relatively unknown figure who was then thankfully able to form a government in May. This gave many locals a short-term cause for optimism. 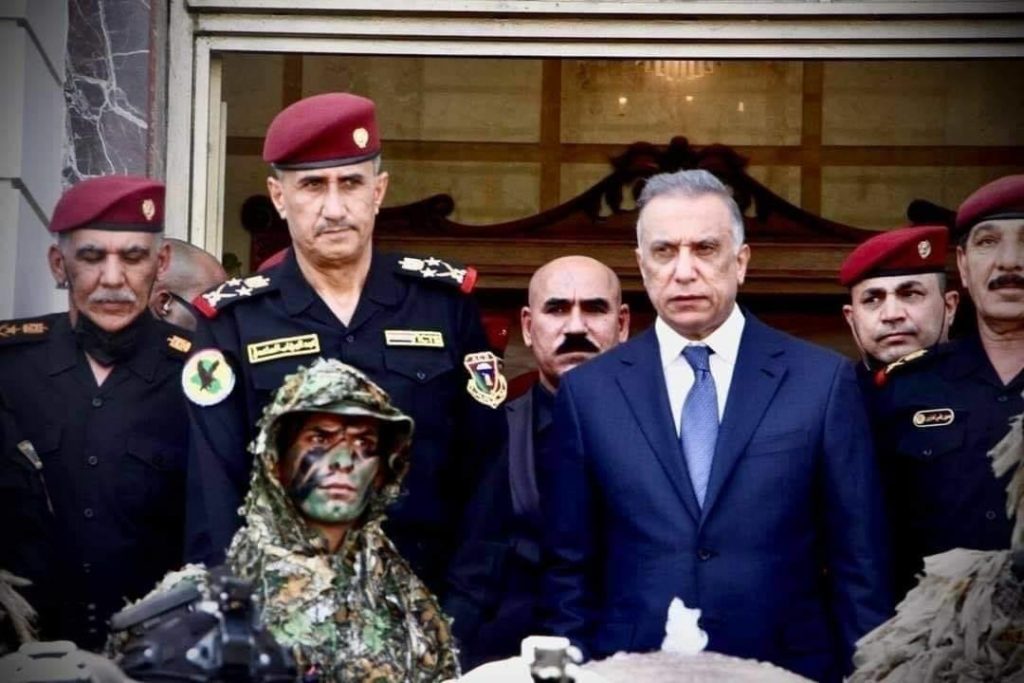 Al-Kadhimi tried to take a more nationalistic position and attempted to send a message about Iraq’s sovereignty by members of Iran-allied arrest organization, in Iraq. However armed Hezbollah members stormed Baghdad’s heavily fortified government quarter, known as the Green Zone, to free those who had been arrested. When these prisoners were released, they protested in Baghdad, stamping on images of al-Khadimi in the city streets. Many Iraqis were shocked by these scenes as they came to realize – if they had not realized before – that there were so obviously forces more powerful than their own state at work in their own country.

In July, came the unfortunate and shocking news that well-known analyst Hisham al-Hashimi had been assassinated by unknown assailants. A video that showed the gunmen attacking al-Hashimi in his car circulated on Iraqi social media. Just days later, German-Iraqi activist Hela Mavis, who had been working in Iraq for years, was also kidnapped. She was later released but the murders and abductions of local civil society activists and anti-protest governmenters has continued throughout the year, frightening many.

In August, the envoys of 16 countries, including, France, Britain and the US, issued a statement condemning the assassinations and pushing for a credible, local investigation into them. In September, French President Emmanuel Macron visited Baghdad and emphasized during his visit that Iraq’s sovereignty must be protected, a clear reference to Iranian influence inside the country.

Through September, a variety of incidents that saw further murders and kidnappings, attacks on foreign embassies and Baghdad’s airport meant that tensions only increased. In October, the United Nations’ Special Representative for Iraq, Jeanine Hennis-Plasschaert, held meetings with the heads of various pro-Iran Shiite Muslim militia groups to try and arrange a truce that would stop attacks on embassies. Some countries, including the US, had threatened to withdraw embassy staff if attacks did not cease. 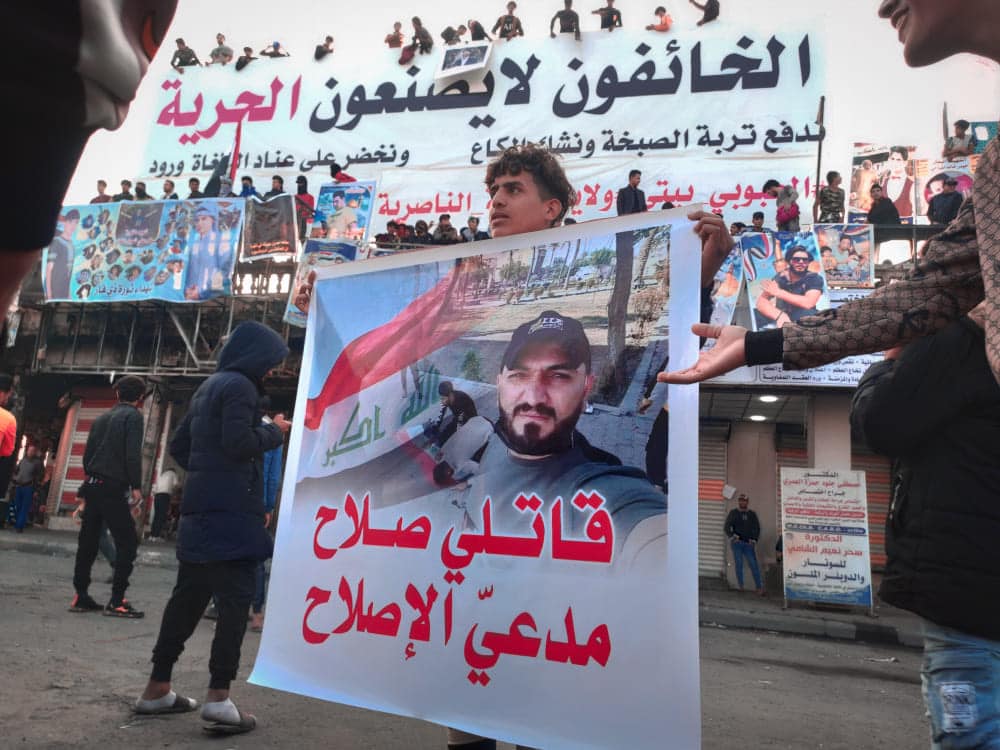 By November, Iraq was truly in a dire economic state. For the first time in years, the payment of salaries to public sector employees, as well as pensions, were delayed. An ongoing drop in oil prices meant that Iraq – the country’s national budget relies almost solely on revenues from oil sales – had a budgetary shortfall.

The Iraqi dinar has continued to devalue and most recently the Iraqi government made an attempt to remedy this by devaluing its own currency.

In November, protests about the non-payment of salaries in the semi-autonomous northern region of Iraqi Kurdistan turned violent, with ten killed and hundreds injured. The authorities in the region then traveled to Baghdad to try and negotiate over long standing financial issues between the regional government and the federal authorities.

Towards the end of the year, things have not gotten much better. The pandemic continues as does the country’s economic problems. Rockets are still being fired at the Green Zone and protesters and activists are being killed and abducted, with the federal government looking increasingly powerless to do anything much about any of that.

To add to Iraqis’ well-founded concerns about the coming year, Iran has also promised to retaliate for the killing of their military commander Soleimani on the anniversary of his assassination, January 3.

Iraq’s most influential in 2020

Ali al-Sistani: The most prominent Shiite Muslim cleric in Iraq continues to have a huge influence on the country. He has decried the violent treatment of anti-government protesters and insisted on early federal elections. 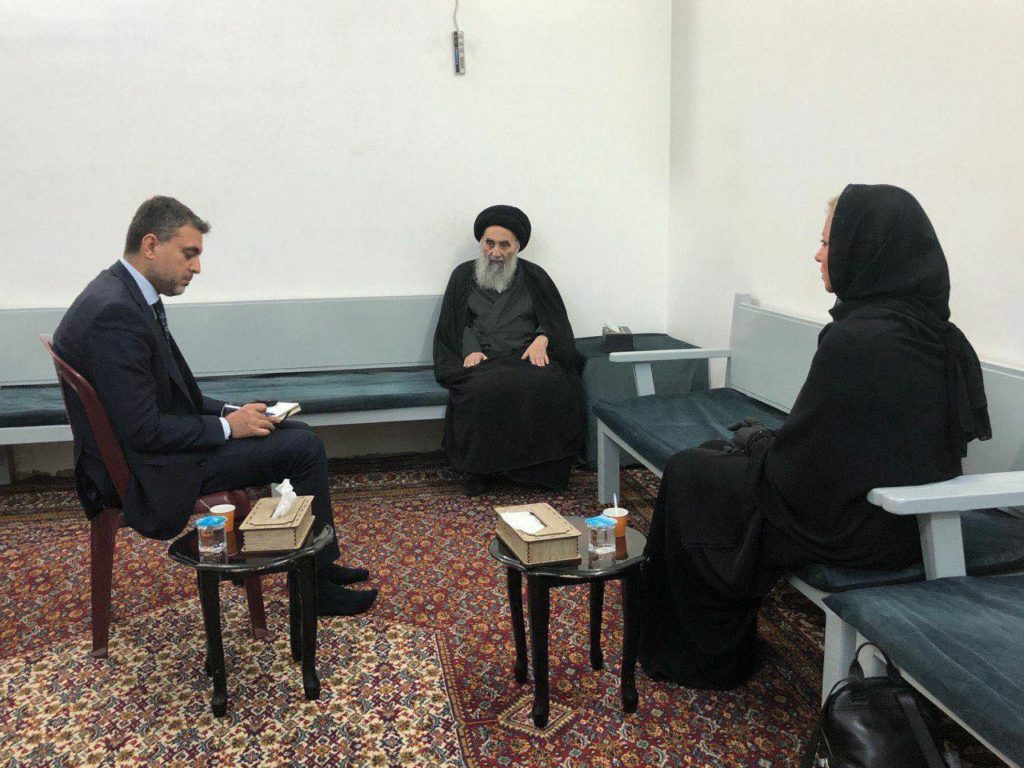 Barham Salih: Iraq’s President influences the political process both behind the scenes and overtly. He played a major role in the election of the current prime minister.

Muqtada al-Sadr: The leader of the hugely popular Sadrist movement often plays a role in tipping the balance of political decisions one way or another. The Sadrist movement also has strong representation in the Iraqi Parliament.

Mustafa al-Kadhimi: Iraq’s Prime Minister, who is weaving his way in and around various obstacles in what is possibly the most difficult situation the country has been in for years, as multiple problems – financial, political, security-related – impact on Iraqi voters.

Jeanine Hennis-Plasschaert: The United Nations’ Special Representative for Iraq and head of the UN’s mission in Iraq has become well known among ordinary Iraqis as she conducts difficult negotiations between the different factions in the country. The Iraqis who know of Hennis-Plasschaert can be divided into admirers and opponents.