The second day of March 2007 was not a normal day in the life of Nisreen Abdul Raa’uf. On that day, she lost her husband, the famous lawyer Jaishi al-Amir, when unknown gunmen killed her husband with firing squad in the downtown of Kut city with bullets and they fled the scene.

The pain was enormous for the thirteen year old women who have given birth to a number of children before her husband’s death and since that bleak day she began a new chapter in her life that put the double burden on her to be both a mother and a father at the same time.

What does not kill you make you stronger. This accident has motivated the lady to make its way towards success and self-realization, and took her patience and ability to start her life project for her and her children who have been keen to complete their education in the finest Arab universities. 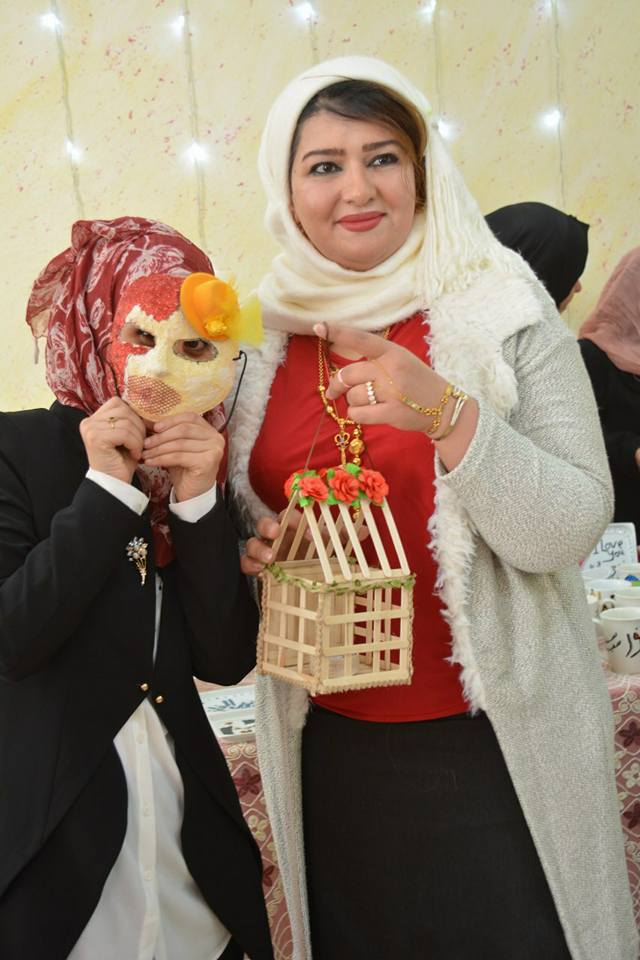 “I decided to be brave and patient for my children, to make sure they do not feel they have any needs, and to face the challenges of life with high confidence in myself,” she says.

From successful investment of family property and real estate to participation in community life and completion of university studies, her success in winning the title of the Ideal Woman for 2013, and the establishment of a center for businesswomen in Kut are the narratives telling the success stories of Nasreen as a proud woman deserving much admiration.

Nasreen adds “I am a woman who has succeeded in turning and transforming the crisis into an opportunity and has been successful in the various actions I have undertaken, including commercial and banking activities”.

The phases of her life after her husband’s death were not easy because her responsibility multiplied socially and economically but she continued to progress day after day until she was able to break a lot of restrictions and became a mother who is very proud of her success as well as proud of her education.

Nasreen combines beauty, culture, elegance, self-respect, patience, humility and humanity in her character. These qualities become clear during the conversation we had with her. She has managed to drive the car in a society that refuses women to go out to work that she chose to become a businesswoman managing and administering her own money.

Najat al-Waeli, one of her closest friends, says that “the most beautiful aspect in the story of Nasreen is that she has become the subject of much talks of the city and among the good people, who sing with her, her sacrifices, her defiance of the calamities of time and her ability to succeed. ”

Helping the impoverished and the needy people of the city and standing by them is another story about Amer al-Quraishi, a civil society activist who says that Nasreen has managed to get out of her grief and succeed in managing her family’s affairs, as well as contributing to the development of a generation of women who understand the challenges of life”.

He also adds “Nesreen was one of the most prominent participants in establishing the Businesswomen’s Center in Kut and embraced women who entered the labor market and enabled and empowered them to organize their businesses, develop their capabilities and earn financial returns”.